For the first time, a majority of Utah voters approve of President Donald Trump 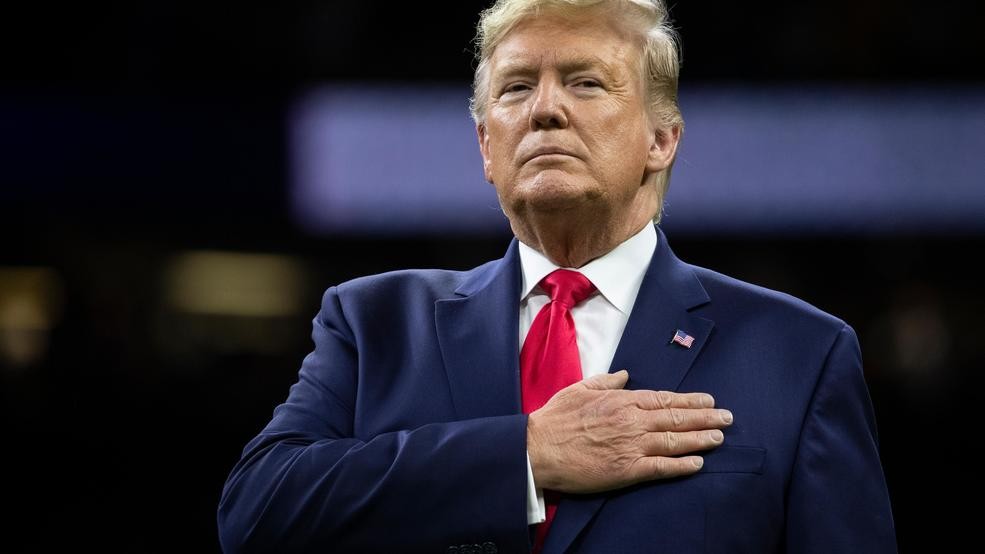 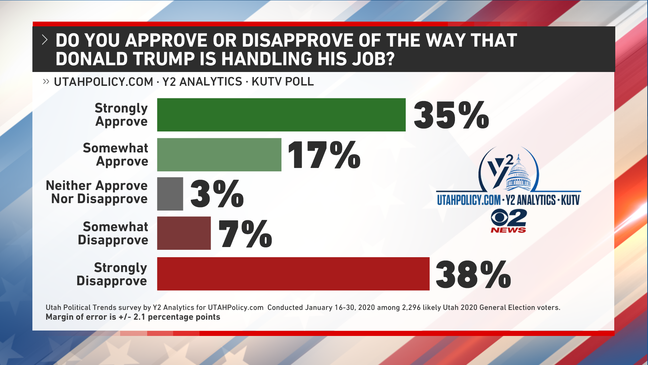 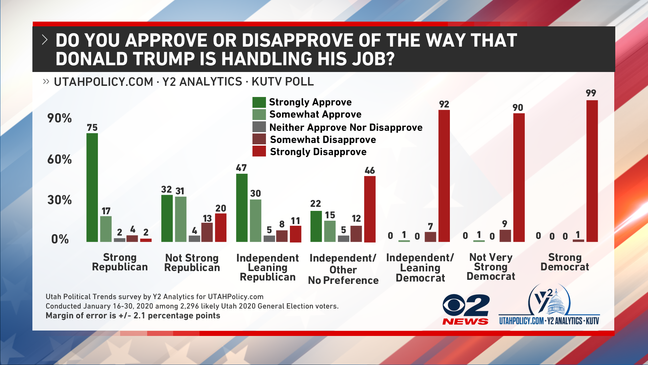 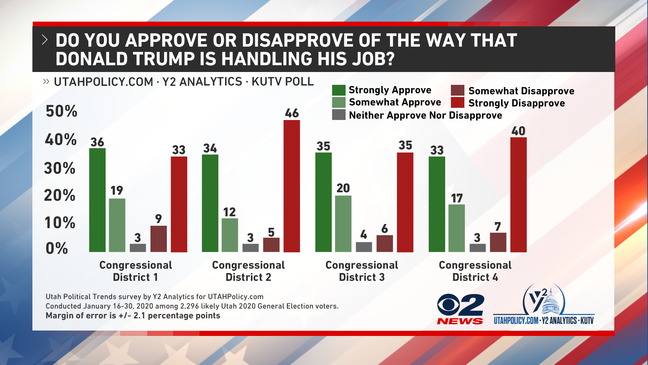 (KUTV) — For the first time since his election in 2016, a majority of Utah voters say they approve of President Donald Trump’s job performance, according to a new Utah Political Trends poll. 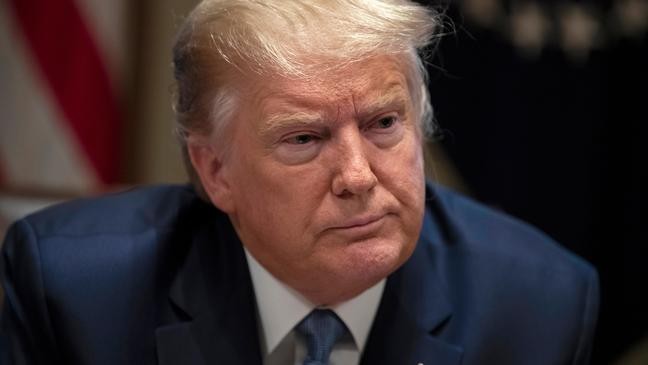 President Donald Trump listens during a roundtable with governors on government regulations in the Cabinet Room of the White House, Monday, Dec. 16, 2019, in Washington. (AP Photo/ Evan Vucci)

The survey, conducted for UtahPolicy.com and 2News by Y2 Analytics, shows 52% of likely voters approve of President Trump, while 45% disapprove, giving the President a net-positive approval rating of +7.

Trump carried Utah in the 2016 election, but only with 45.5% of the vote. Since that time, polling has shown the president’s approval rating hovering below 50%. An October 2019 poll showed just 45% of Utah voters approved of Trump’s job performance. The new survey shows a not insignificant 7-point jump in Trump’s favor to put him over 50% for the first time.

The survey was conducted during the Senate impeachment trial of President Trump, but after the drone strike that killed Iranian Major General Qasem Soleimani, one of that country’s top military commander.

In that October poll, 47% of Utah voters said they strongly disapprove of Trump’s job performance. In January, that number fell 9-points to 38%.

There is a significant difference in attitudes toward Trump between men and women. 61% of male voters in Utah say they approve of Trump’s job performance (40% “strongly” approve), while just 43% of women voters approve. That 18-point gender gap is similar to the 19-point gap found in national polls. An Emerson College poll from last month that found 57% of men approve of his job performance while only 38% of women approved.

Trump’s job approval stands at 91% among self-described “strong” Republicans, 66% among moderate Republicans and 75% with independent voters who lean Republican.

Trump’s support has grown significantly in Utah’s 4th Congressional District, which is represented by Ben McAdams, the state’s lone Democrat in Congress. Trump’s job approval there is split evenly with 48% approving and 48% disapproving. In October of 2019, 44% said they approved while 56% disapproved.

The president’s disapproval is highest in Utah’s 2nd District where 51% say they disapprove of him. Rep. Chris Stewart, who represents the area in Congress is one of President Trump’s staunchest supporters in Congress.

The survey found Utah voters with a higher education level mostly disapproved of the president’s job performance, while those with less education were more enthusiastic. 74% of those with some high school education and 56% of high school graduates approved as did 64% of voters who had some college education. 50% of college graduates and 52% with a post-graduate degree disapproved. 64% of voters who attended a vocational or technical school say they approve of Trump’s job performance.

Trump does get strong job approval ratings among members of The Church of Jesus Christ of Latter-day Saints and other religious voters in Utah. 59% of “very active” LDS Church members, 64% of somewhat active Mormons approve of how he’s handling his duties in the White House while 52% of inactive Mormons disapprove. Among other denominations, 78% of “very active” and 63% of “less active” churchgoers approve, while 65% of not-active church attendees disapprove.

The Utah Political Trends survey was conducted January 16-30, 2020 by Y2 Analytics among 2,296 likely Utah voters with a margin of error +/- 2.1% points. You can read more about the polling methodology here.

(Editor’s note: The October 2019 survey from Y2 Analytics gave respondents a “don’t know” option, while the new poll from January included a “neither approve nor disapprove” choice.)

KUTV 2News recently partnered with Utah Policy.com and Y2 Analytics and will be providing polling results on a regular basis throughout the election season.

Designed by sketchbooks.co.kr / sketchbook5 board skin